Today (8th September) seen the Tour of Britain pass through Maryport on Stage 3 of the Tour.

EDZ are always proud to support Maryport and we were excited to abandon ship for a short while to cheer on the riders as they passed through our home town which had been donned with flags and decorated bicycles in honour of the Tour.

Local organisers were out handing out flags and we thought this was a great touch.  EDZ pooch Cooper was thrilled with his flag and couldn’t wait to wave it as the race officials, riders and support teams passed through.

Huge credit had to be given to the entourage that filed through whilst we eagerly anticipated the arrival of the cyclists.  There was a steady flow of vehicles and motorcycles with particular mention being given to the Police team who whipped up the crowd and delighted the school children who had been allowed out to watch the tour. 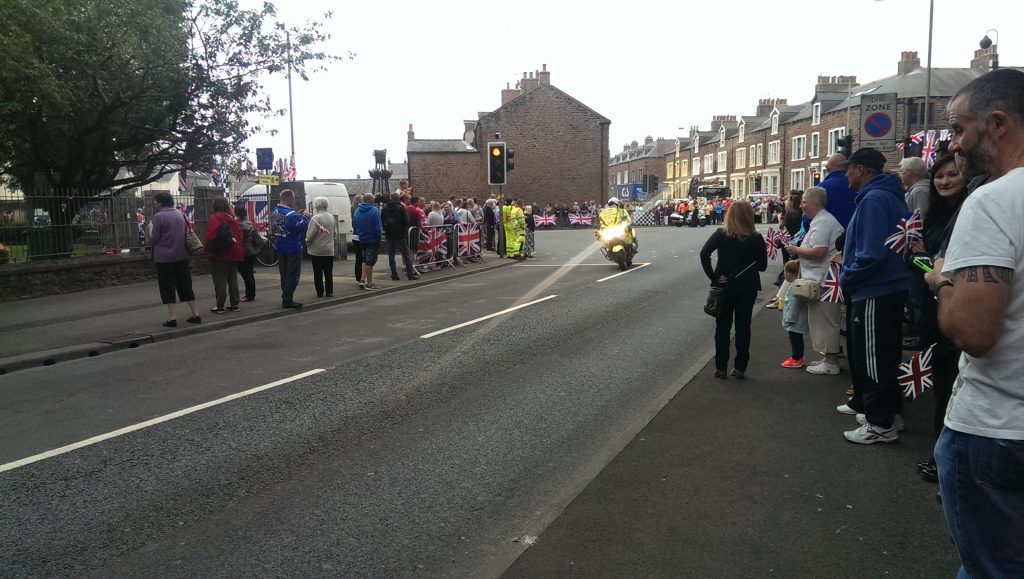 The cyclists arrived shortly after and the gathered crowd erupted with cheers, applause and some of the most vigorous flag waving that the Tour will ever see!  Then in a flash they were gone, heading off towards Allonby followed by the support vehicles again full of great people more than happy to wave at the crowd and toot their horns! The kids seemed especially excited to see the local fire engine round off the procession! 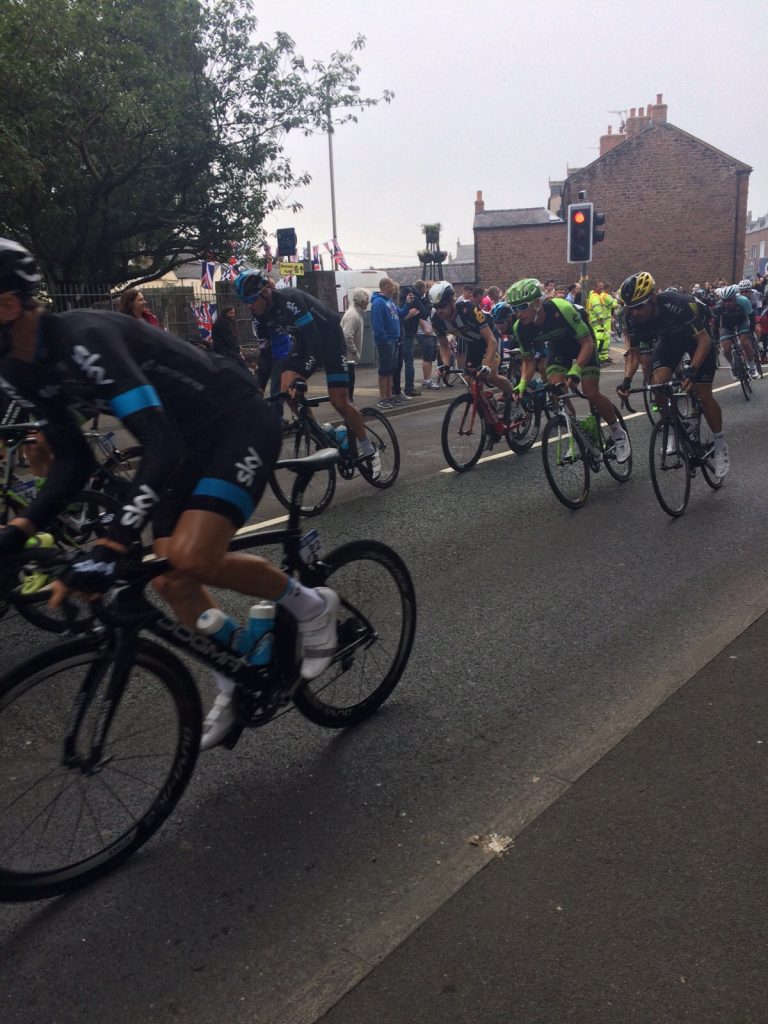 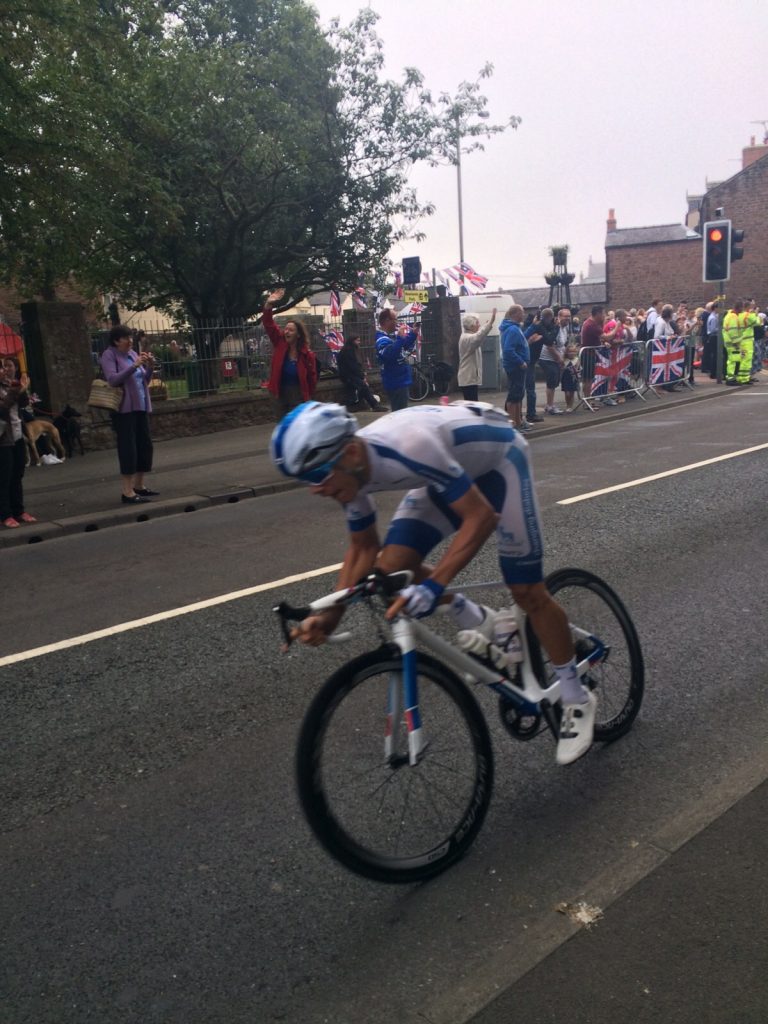