Last weekend I had planned a big adventure out on the Fells, however the weather intervened with heavy rain!   So, what to do with the family on a wet and windy day in the Lake District?

EDZ  is based in Maryport on the Solway coast where there are several places  to visit and from Keswick it is only a half hour drive to the coast. 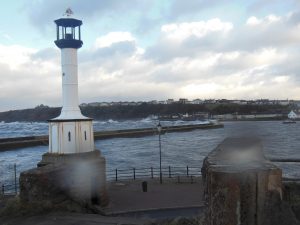 Our Grandchildren’s favorite destination here is the Maryport Aquarium which is stocked with sea life from the Solway as well as a selection of sea creatures from more exotic parts.  They also have a have a lobster hatchery and the kids can get their picture taken with Larry the Lobster.  There is a café,  ice creams &  shop with lots of fish themed nik-naks.

If your Kids like a bit of adventure activity there is Clip and Climb  as well as ‘Cave at the Wave.  These are very popular so you may need to book ahead.   For older kids there is also West Coast Indoor Karting , again it is best to book.

Maryport has an interesting history, starting with the Romans 2000 years ago to the building of the Port in the 18th century and its subsequent Maritime & Industrial heritage.  You can find out more  by visiting the town’s Roman Museum & the Maritime Museum. 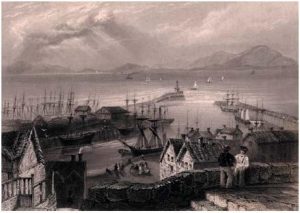 If it has stopped raining take a walk around the harbour and marina and have a look at Maryport Lighthouse which is quite unique, made the early 19th century from Cast iron, one of the first of its type.  Also walk along the ‘Sea Brows’ past the Roman museum and back along the prom.   Then stop for fish and chips on the Harbour or refreshment at one of the towns many Cafes or Pubs.

For more information about Maryport