EDZ were pleased to be supporting the UKantrail SBU35 Ultramarathon which took place on 29th August 2015.

The SBU35 is an ‘as tough as you want it’, largely off-road 36 country* mile (approx) ultra trail race. It follows a point-to-point route, from the heart of the Lake District to the West Coast. Based on the long distance route the St Begas’ Way, runners follow the route of the legendary Irish princess, St Bega, travelling between two chapels, that both bear her name.

The Start is in the heart of the Lake District, overlooking Bass Lake near Keswick, and the Finish and race HQ is in the west coast village of St Bees, the start of Wainwright’s coast to coast walk.

Between these two points, lay 36 country miles of some of the most varied and beautiful country the Lake District has to offer.

Race Winner Howard was quick off the mark and into our Keswick shop to get kitted out with the EDZ kit he received as his prizes for his victory.

We are pleased to confirm that we will be continuing to work with UKcantrail into the 2016 race season and look forward to bring your more information on the next SBU35 race as entries will be opening soon!  Keep an eye to ukantrail.co.uk for all of the latest news. 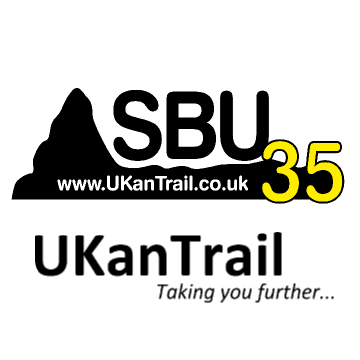